Our last day in Coeur d’Alene. Time to move on

Tuesday 6/16, our last day in Coeur d’Alene (this year anyway). We were all rested after our Lazy Day on Monday.

So after our normal morning routine and because Wednesday is a travel day Diane tossed together a Chicken Cacciatore in the crock pot and we were off to the bike trails!! 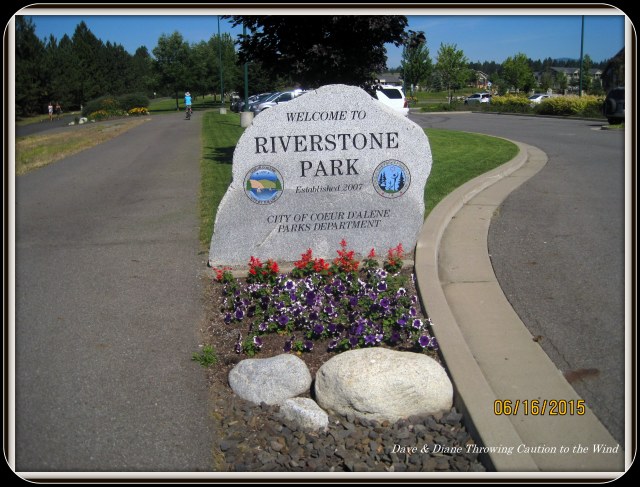 During our driving tours we came across a great little park across the river and not far from our campground named Riverstone Park which made a perfect spot to hit the trails from. So we tossed the bikes on the Jeep and headed that way.

There are a few trails in the Coeur d’Alene area and if we were here longer we would love to ride each and every one but we had to choose one so we decided to make it easy and ride a portion of the Centennial Trail.

The Centennial Trail is 61 miles long, 24 miles in north Idaho and 37 miles in Washington. It hugs the shores of Lake Coeur d’Alene and parts of the Spokane River and it’s all paved!! It probably goes without say that we only did a small portion of it. Probably only a 10 mile ride but by the time we got off our bikes the temps were in the mid 80’s so that was enough.

Keep in mind, our ride wasn’t what I would call a cardio workout ride LOL!! So it took us a few hours to complete after stopping at many of the information stations along the path, stopping to check out the views and oh, the stop just because stops LOL!! 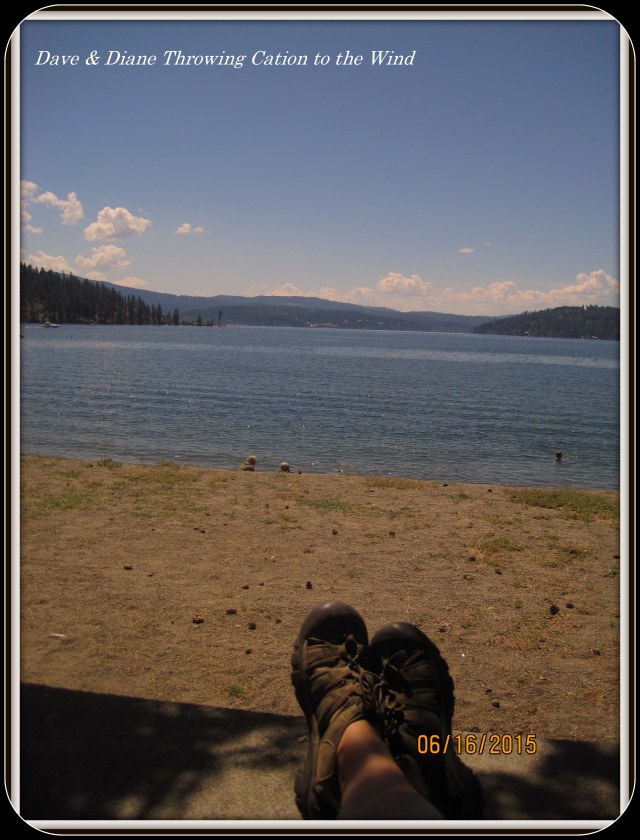 After our ride we loaded the bikes up and took one more drive partway around the other side of the lake before turning and stopping downtown for a nice lunch at the Iron horse Bar & Grill. 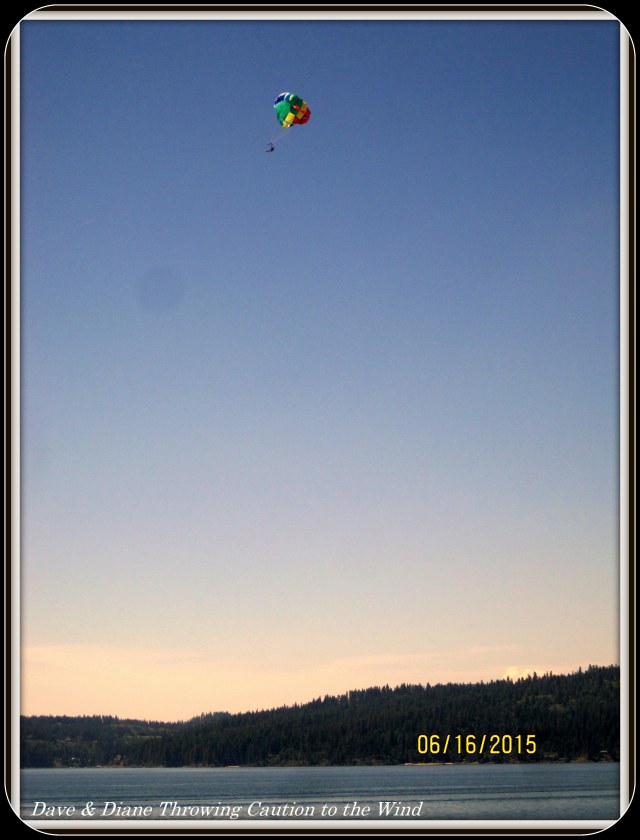 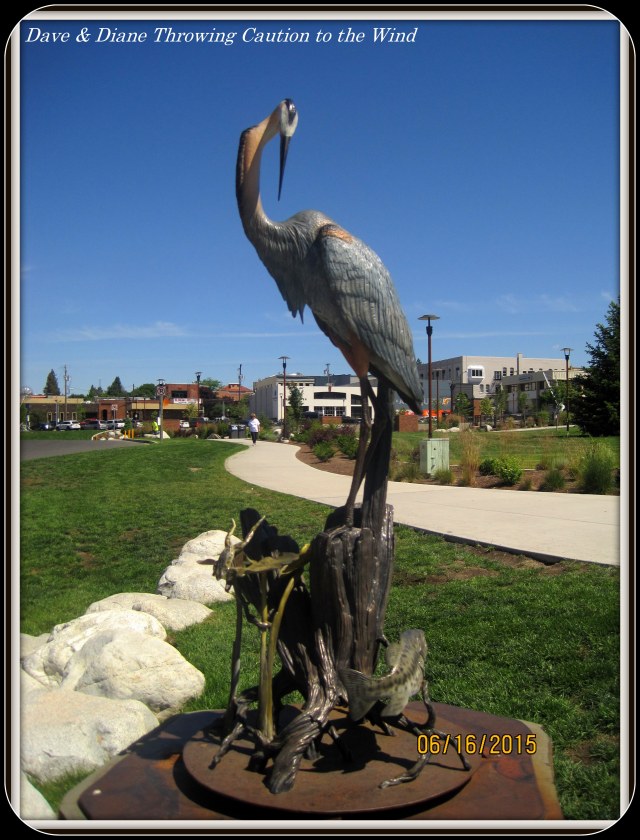 A nice bike ride, a full belly and warm temps. It sounded like a perfect combination that lead up to leaning back in my Lazy Boy for a power nap before game 6 of the NBA Finals. 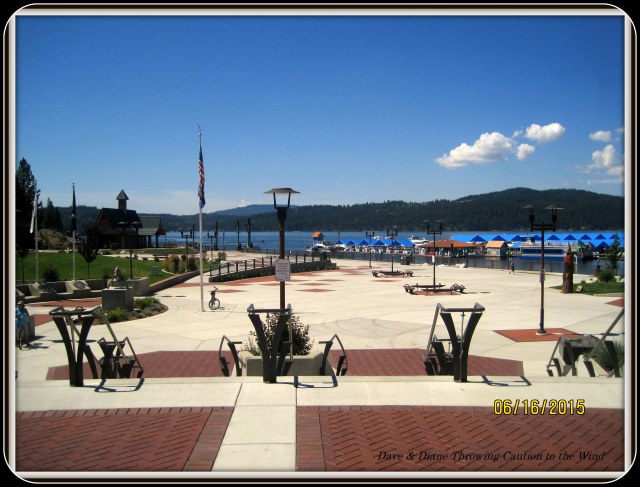 Well I’ll tell ya, Diane and I both really enjoyed this area and it’s now on our list of places to return and maybe hang out for a month. But we have to keep in mind that this is our 5 day snap-shot during a time the weather was great and the crowds were light. Well heck it’s simple then, we will just pick a month that the weather is great before the summer crowds show up, no worries.

But it’s time to move on. Last year at the Big Tent event in Quartzsite we came across a booth that was offering up to 2 weeks stay free of charge and a new 55 & older RV/housing development so we decided to take them up on the offer and check the place out for 5 or 6 nights.

All of the lots are from 2 to just over 10 acres if I remember right at prices that seem reasonable for developed sites. Like we have said before, we know we will want a place to hunker down at for a few months at a time sooner or later so it pays to check places out as we are passing through. It never hurts to look. We will no doubt post up a review of what we see.

This entry was posted in A little about us and tagged Cenntenial trail, Centennial Trail, Coeur d'Alene, Riverstone Park. Bookmark the permalink.

1 Response to Our last day in Coeur d’Alene. Time to move on