After a few fun days killing time in Creede it was time for the New Horizons Rally to begin and the first thing on the agenda was an outside gathering in a nice grassy area inside the RV park where everyone pretty much just mingled and caught up with old friends and had a chance to meet new ones as well. 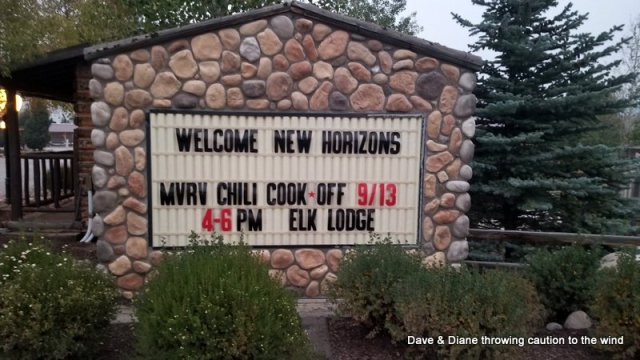 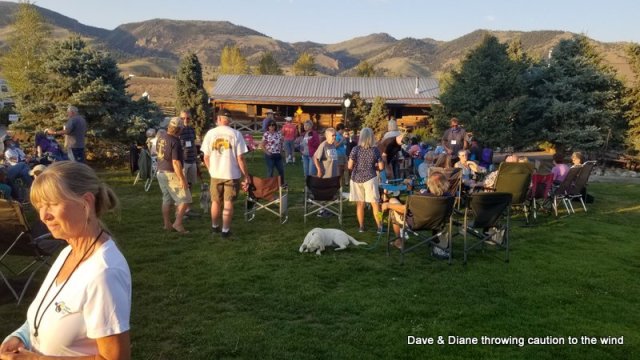 The weather was perfect at the beginning of the rally so doing as many things outside as we could helped with the uneasy feeling of COVID lurking around every corner. It also gave us a chance to see who was taking it seriously and who might be a little looser with the CIVID feelings, we lean towards the safer side. And it gave Ron, this year’s Rally Master, a chance to discuss what was in store for the rally and the rules that would be in place because of COVID. 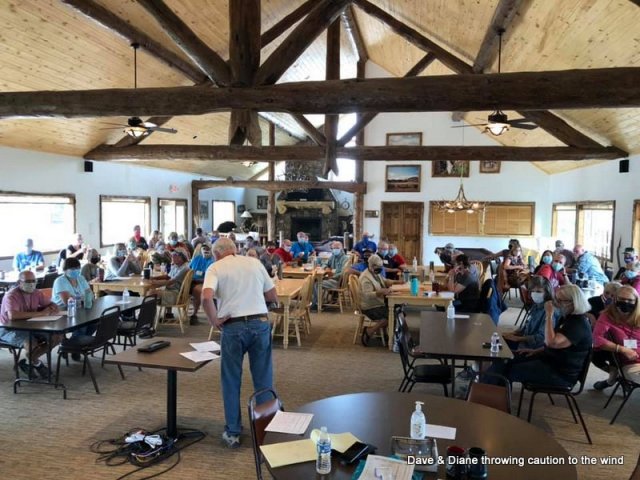 Everyone that attended any indoor events had their temp taken and had to wear a mask as well as social distance.

Due to COVID the rally was cut back from its normal 5 days to just 3 days and it was actually almost just plain cancelled. Ron was having a tough time getting representatives from various companies to attend due to COVID and some of the “Gathering” type events just were not going to happen because of the crud.

A few of the New Horizons owners that would normally attend decided not to this year and no one can blame them, heck people travel from all over the country to these gatherings and with this year’s event being abbreviated and the COVID thing we almost cancelled ourselves. BUT even with all the hurdles we had around 30 rigs show up if we remember correctly. 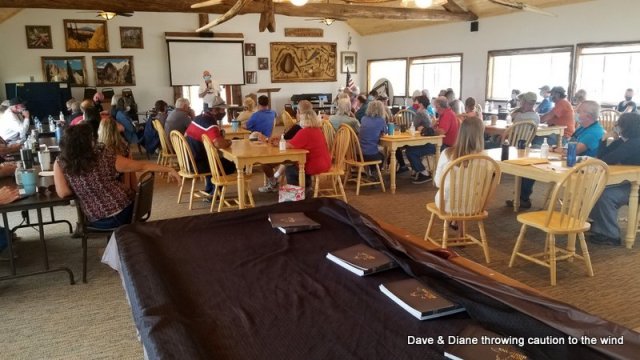 Morryde Suspensions and Firefly Integrations were able to still attend the rally and gave a couple very informative talks and Ron (our Rally Master) gave a great talk about the geology around the area, because Creede was a mining community it tied in very well. And Cole from New Horizons gave a nice talk on what has been happening and what new is coming around the corner for New Horizons, and as a group we had a couple great round table talk on everything from batteries to roofing. 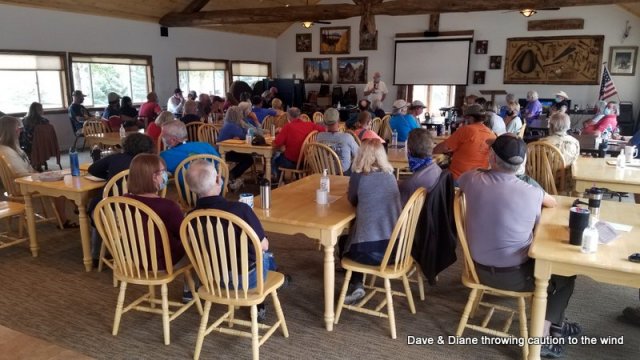 As far as food, we didn’t go hungry. Even though we the normal Pot Luck meals were canceled we did have 3 meals catered in and no one walked away hungry.

All in all I think everyone had a good time and Ron & Maureen did a great job under the unusual circumstances and put on a great rally. Of course the comradery was the icing on the cake even though hat was cut back a bunch this year as well.

Oh, did we mention that the weather was great at the beginning of the rally? Well good old 2020 wanted to have a hand in that as well so on the second day of the rally she decided to send an early snow storm our way LOL!!! 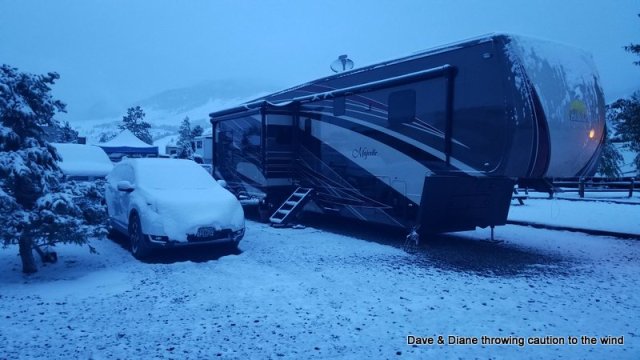 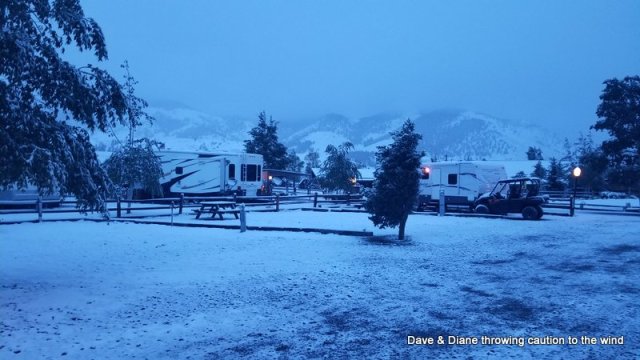 Yup, it snowed off & on for the next two days, not a bunch but enough to cut back even more on much outside visiting but it sure made for a pretty landscape. 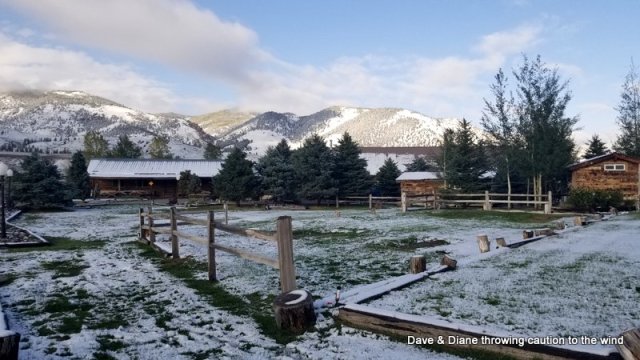 Once the rally concluded it didn’t take long for a bunch of the attendees to pack up, say their “see ya down the roads” and head out, there was a break in the weather with a threat of another front to come through and about the only way to get anywhere from Creede is through high country and mountain passes. 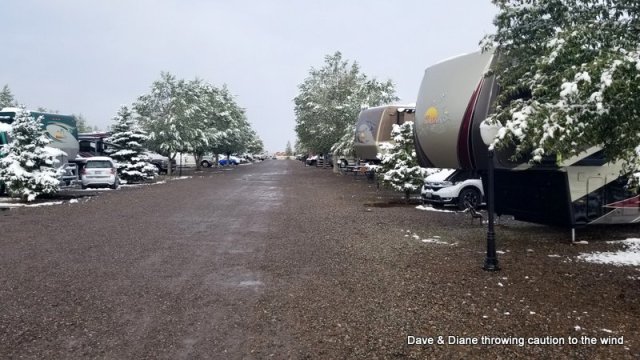 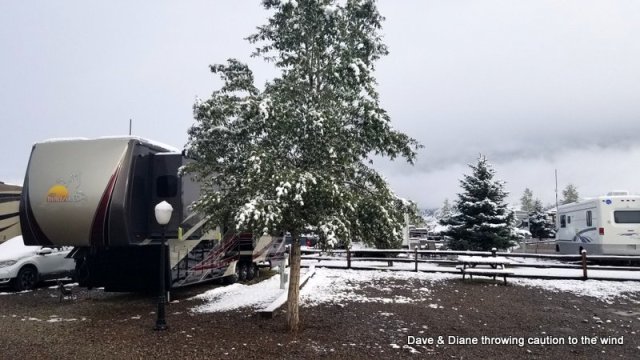 There were a few of us that still had a couple more days to hang around so we decided to make the best of it and head up into the hills for some fun, BUT we will talk about that in our next update. Here is a teaser however. 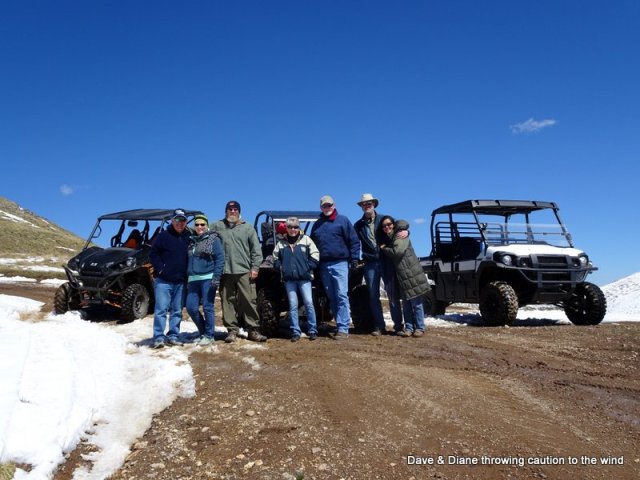 **Any colored text or product image in a post is an affiliate link as swell as the items listed in our sidebar under ”Products we use and support” and the  “Amazon” link under the “Search Amazon” section will simply take you to Amazon for a full product description and where you can purchase if you feel the need. As an Amazon Associate we could get a kickback from qualifying purchases but the price is no different than what you would find if you didn’t go to Amazon through our link. We really appreciate your support!**